It is a dark and stormy night, you’re car’s stopped working and the storm is too severe to even consider walking. What do you do?

For most it is a simple call with their cellphone and help is on it’s way.

There is a certain arm of society that face something like that even on warm Spring days. Consider life in a wheelchair.

Wheelchairs are intended to be very dependable. Perhaps that explains why a manual wheelchair can cost more than a decent bicycle. However there is more to go wrong in an electric wheelchair. It can be merely an inconvenience for someone in a care facility of some sort, so long as there’s always someone attending.

However the people I know that are in electric “chairs” are not homebodies. They want to get out in the world and that can mean travelling blocks or even miles from home to go shopping, sightseeing, to medical appointments, to visit friends, etc.

While some might be able to crawl to someone’s doorstep and ask for health, there are others that do not even have that option. It’s not like they have the option to get out and check the battery cables.

That’s where a cellphone would really come in handy. I’m sure a call or two would bring help if your chair were to fail you and stop operating.

I know that in many areas, people that are “at risk” or unable to afford one can get a phone with very modest service for emergency calls. Something like that could help many folks who use chairs. But there are also many in chairs that would have problems operating a typical cellphone or smart phone.

I believe there are specialty cellphones with a limited keyboard. I recall one for children that didn’t have a regular numeric keypad, but instead had 6 buttons. Each button was preprogrammed with 6 phone numbers. Perhaps it might be very limiting to have a cellphone that could only dial a half-dozen number — but if you have only one hand you can use and it has only limited function — such a phone could be a godsend.

There are also cellphones with large buttons and basic functions intended for seniors. Not all seniors need them, by any means, but they can be helpful for many.

I believe that some sort of allowance should be made so that those folks requiring an electric wheelchair to function should have a cellphone they can operate for emergency purposes.

Built-in GPS might be useful, but folks that already have limited privacy might not want there to be a GPS device that could always track them down.

I think we have solutions and some don’t even require any/much special equipment.

While they are at it they can make sure that the chairs have some place to support and hold a cellphone/GPS device so a person could still use it if they had limited dexterity.

It is 5:32 AM and you are woken by your spouse. They are shaking you and in distress. They are strangely quiet. Even in the half light of early morning their face looks strange and you realize only strange sounds are coming from their mouth — slurred sounds.

As your own mind wakes to full alertness one word bursts into it — “Stroke!” 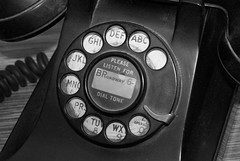 Trying to calm your spouse you reach to the phone at your bedside and as you try to dial those three digits you never hoped to dial for your family you realize… 911! No Dial Tone! Frantically you check the cords. Everything is plugged in. You rush to the phone in the kitchen, the older one that isn’t cordless and doesn’t have a plug in power adapter. Not only is there no dial tone, there is no light on the dial, and it is strangely dead to your ear. Normally there is a faint echo of your breath.

Luckily you have a cellphone charging on the counter and you can call for an ambulance. You give the operator your address describe the problem and while trying to explain why you aren’t using your regular phone they explain that you aren’t the first — Someone has ripped out a chunk of phone line and stolen it during the night rendering a whole suburban neighbourhood without telephone or internet service. Cable theft

It is something that perhaps you might have expect out in the country but this is something happening in the city and though perhaps you, your friends, your parents, grandparents and aunt Sue have cellphones, many people don’t. These sorts of thefts are becoming more common. Thefts from constructions sites of copper piping and household wiring as well as other metal household components — all sold for scrap metal prices to scrap yards. Recently a whole block in Vancouver had the front garden gates stolen at night as residents slept! At another time extreme damage was done to a charity when water pipe was stolen resulting in flooding and water damage to the offices and stored supplies. 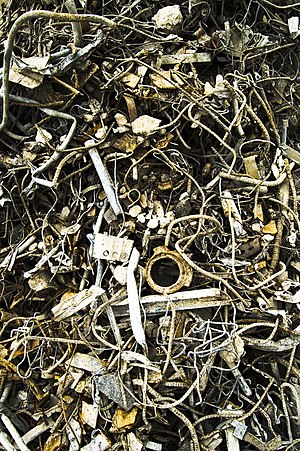 However, when telephone lines are cut to a subdivision, then lives are immediately at stake. No telephone means no protection by Fire, Police, or Ambulance. No paramedics will be coming to resuscitate heart attack victims, no utility company to come for a downed power-line — though the utility company would probably notice through other means.

A few times a year now, we hear of someone found electrocuted when they tried stealing metal at a power station — unsuccessfully. Sometimes they are successful of course.

In the “wild west” they used to hang horse thieves. The reason for that extreme form of punishment was that to steal a man’s horse could too often mean that you were stranding them under circumstance that could lead to their death. Perhaps metal theft, in particular theft of power lines, telephone lines, or other utility equipment that renders that utility inoperable should have a commensurate penalty to the potential loss — that being endangerment of human life. I am not speaking of the inconvenience of not being able to surf the web or gossip with your neighbour or watching TV, but being denied access to emergency services.

Something has to be done.

We might start with increased penalties to repel crime and perhaps prohibit the buying and selling of scrap metal except by licensed tradespeople. Increased penalties might deter some, but licensing mostly only deters the honest person and is a complication for the honest trades-person — like a truck mechanic trying to dispose of worn out brake drums once or twice a year.

Still… when the phone falls silent, even in the City of Surrey, the second largest city in British Columbia…